My facebook feed has been full of photos of snowdrops recently. There may be snowdrops in my garden, but if so, they're buried under mounds of dead grass. What I'm getting excited about is ground elder. 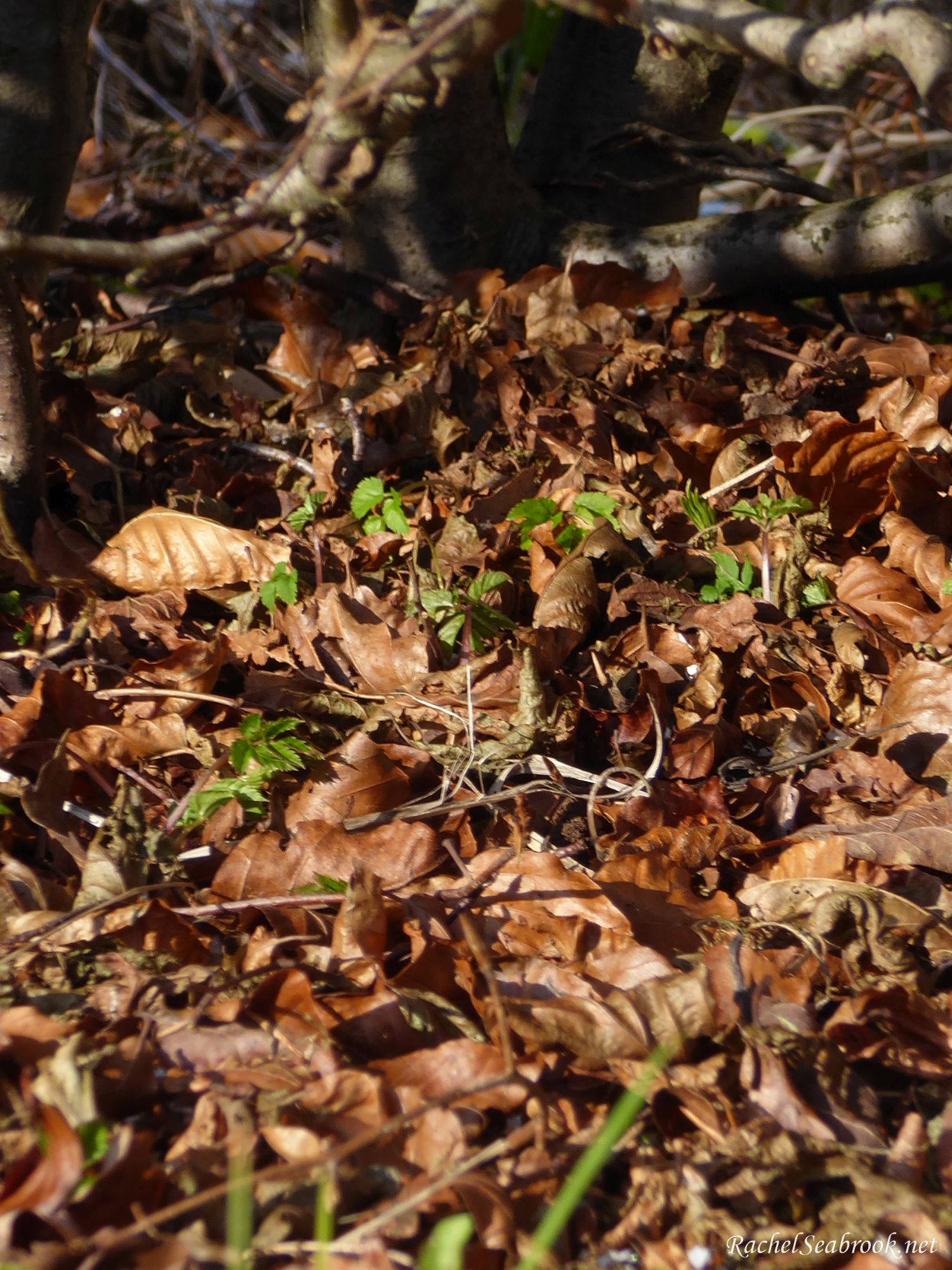 This is probably all the evidence you need that I am not a gardener. At least, I'm not ruthless enough to pull up weeds. It was easier when I didn't know what anything was: All I had to learn to recognise was the plant I'd just sown, then anything else could be pulled up.

As I've learnt more about plants, particularly the ones that are usually categorised as weeds, I can't bring myself to pull them up because, "they might be useful." The brambles (stems have potential for basketry if you can be bothered to scrape the thorns off, leaves make a tea that's an excellent base for kombucha, flowers are good for bees, and of course there are berries: raw, in apple crumble, and most of all, for wine) are taking full advantage of this, and before long I won't have anything else in my garden at all. Side note: Cardboard boxes are having a similar effect in my house.

But back to the ground elder... Originally imported to Britain as a vegetable, the stems make a pretty good substitute for celery later in the year. Although skinny, it takes no time to pick a handful. It's worth chopping them finely and cooking, though, because they're even stringier than celery. Before that, the leaves are a useful vegetable, and right now, in early spring when they're too small to add much bulk to a dish, they're more of a herb, tasting similar to parsely.

It's not that I'm desperately craving fresh parsely at this time of year; I harvest young ground elder leaves because they're there. They tell me that though there's still snow on the ground and an bitter north wind threatening to take off the conservatory roof (again), spring is already here. Plants are growing, and I can start harvesting wild food again, but only a little bit because it's flipping freezing out there!