The Royal Horticultural Society's Encyclopedia of Herbs tells me that it contains thujone; "In excess, this compound is hallucinogenic, addictive, and toxic."

I wonder how much counts as, "excess," and am reminded of the time when working at the Institute for Alcohol Studies, I received a call from a Canadian journalist who was very excited to learn that absinthe is legal in the UK. What kind of problems do we suffer as a result of this hallucinogenic drug being legal? My first reaction was, "Um, no-one drinks it." Then after a little thought, I explained that if you drank enough absinthe to get a noticeable effect from the thujone, you'd be dead of alcohol poisoning.

The species of sage I'm talking about is Salvia officinalis, common or garden sage in the UK. This is a different family from the North American sagebrush, Artemisia tridentata, which is indeed related to the herb used to flavour absinthe, wormwood, or Artemisia absinthium (yes, really). So common sage is not related to wormwood, but they do both contain thujone.

The encyclopedia also tells me that sage, "relaxes spasms, suppresses perspiration and lactation, improves liver function and digestion, and has anti-depressant and oestrogenic effects," so this is another herb for the menopause. Susun Weed tells me that it's an ancient ally for emotionally distressed mid-life women. With this in mind, I sowed a packet of sage seeds last year. It was an old packet and fewer than half of them came up, but that's still quite a few sage plants.

I had hoped to show you these planted out into the garden, but I haven't quite done that yet. I'm planning to make a hedge out of them, running along the edge of a terrace. That terrace is made out of hedge clippings and other similar garden waste, and needs topping up every year. It also drains extremely well, especially at the edge, so I'm addressing that by adding a lot of moss and turf to that area, to hold water, before I plant the sage on top of it. 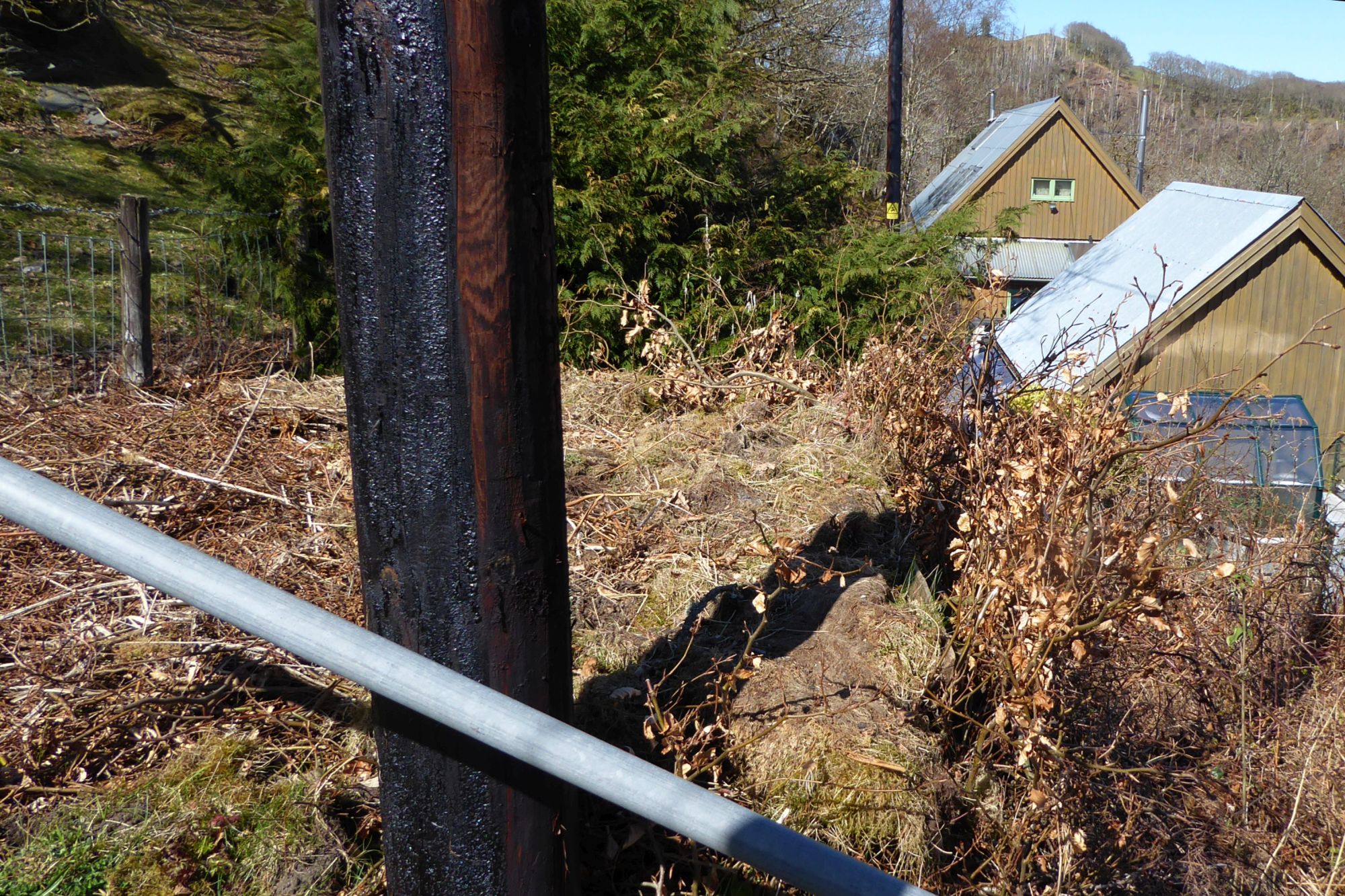 In the meantime, I can still harvest the leaves. As well as adding to food, I'm mostly using this to make tea. It combines well with the nettle vinegar: Three sprigs of sage, two teaspoonfuls of nettle vinegar and one small dollop of honey make a very tasty brew.

I can't really tell whether it's helping with the emotional distress as I don't know how I'd be without it, but I seem to be doing a bit better at the moment. At any rate, I haven't had any hallucinations.